Macau also spelled Macao, officially the Macao Special Administrative Region of the People’s Republic of China, is an autonomous territory on the western side of the Pearl River Delta, China.

Macau was administered by the Portuguese Empire and its inheritor states from the mid-16th century until late 1999, when it was the last remaining European colony in Asia. Portuguese traders first settled in Macau in the 1550s. In 1557, Macau was rented to Portugal from Ming China as a trading port. The Portuguese Empire administered the city under Chinese authority and sovereignty until 1887, when Macau, through a mutual agreement between the two countries, became a colony. Sovereignty over Macau was transferred to China on 20 December 1999. The Joint Declaration on the Question of Macau and Macau Basic Law stipulate that Macau operate with a high degree of autonomy until at least 2049, fifty years after the transfer. 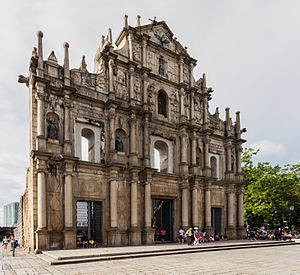 The Ruins of St. Paul’s refer to the facade of what was originally the Church of Mater Dei built in 1602-1640, destroyed by fire in 1835, and the ruins of St. Paul’s College, which stood adjacent to the Church. As a whole, the old Church of Mater Dei, St. Paul’s College and Mount Fortress were all Jesuit constructions and formed what can be perceived as the Macao’s “acropolis”. Close by, the archaeological remains of the old College of St. Paul stand witness to what was the first western-style university in the Far East, with an elaborate academic programme. Nowadays, the facade of the Ruins of St. Paul’s functions symbolically as an altar to the city. 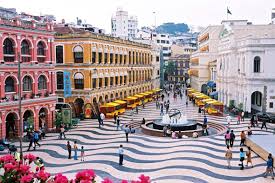 Senado Square has been Macao’s urban centre for centuries, and is still the most popular venue for public events and celebrations today. Located close to the former Senate building, Sam Kai Vui Kun ( Kuan Tai Temple ) is also a reminder of the active participation of the local Chinese community in general civic affairs, providing a clear example of the multicultural dimension of the Macao community. The square is surrounded by pastel coloured neo-classical buildings, creating a consistent and harmonious Mediterranean atmosphere. 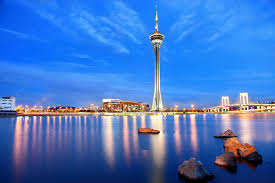 Opened on 19th December, 2001, Macau Tower is 338 metres in height. It is an elegant construction offering magnificent panoramic views all over Macao and much of the Pearl River Delta from its observation deck and revolving restaurant, at the 223-metre level. There is the opportunity to walk around the outside of the tower, for instance “Skywalk X”.

Besides the tower, there are a 4-floor Convention and Entertainment Centre, restaurants, cinema, a 2-level basement and an outdoor plaza.

Please refer to the webpage of Macao Government Tourism Office for more about Macau.

Deadline for presentation without publication submission:
–  May 30, 2019

Should you have any questions, please contact email to
T Square Management Company
Email: t.sq.mgt@gmail.com

(Please mention the conference name at the email subject.)